In Indonesia, there are several colleges Jujutsu / Ju-Jitsu is quite popular. In many big cities can be found universities Jujutsu / Ju-Jitsu, among others PORBIKAWA (Ishikawa Martial Sports Association), founded by the Disciples Single Master Yoshen Ishikawa namely Bp. Tan Sing Tjay (Soetikno) in 1949 with the name: Ishikawa Jiu Jitsu Club. Education Jiujitsu Club Indonesia (JCI), founded by Bp. Ferry Sonneville in 1953, Ju-Jitsu college Institute of Indonesia (Iji) with founder-founders: Drs. Word Sitompul (AND X) and Prof. Inspector General Drs. DPM. Sitompul, SH., MH (AND X) in 1982, the college Goshinbudo Jujutsu Indonesia (GBI), which was founded by Bp. Ir. C.A. Park M. Eng, Nanadan-Shihan Renshi and Bp. Ben Haryo S. Psi, M. Si, Godan-Shihan in the 1990s, college Take Sogo Budo founded by Bp. Hero Pranoto in 1995, and college Samurai Jujutsu Indonesia (SJJI) established by Bp. Budi Martadi or Epher martadi in 2000.
College PORBIKAWA, JCI, Iji and Take Sogo Budo martial arts have developed various new techniques tailored to the nation of Indonesia, for example by combining the techniques of other martial arts into silabusnya and creating new techniques that are better suited to self-defense situation in Indonesia. So-called independent institution and not bound by the traditions of the country of origin of Jujutsu (Japanese).
A different approach is taken by the College Goshinbudo Jujutsu Indonesia (GBI) is affiliated with the JKF-Wadokai (Wado wing) and Dentokan Sekai Renmei (wing Hakko-ryu) [1] while the Samurai Jujutsu Indonesia (SJJI) affiliated with the Bujinkan Ninpo Indonesia [2]. The two universities over the wing of traditional Jujutsu / pure, because his movement is based on Japanese Jujutsu techniques in the original, unaltered or local innovation of the existing members in Indonesia. In college GBI for example, teaches waza (techniques) derived from the Hakko-ryu Jujutsu, Wado-ryu and Yoshin-ryu Jujutsu, SJJI While in college, taught techniques of Hontai Takagi Yoshin-ryu Jujutsu, Asayama Ichiden-ryu Jujutsu and some flow other. So the college is referred to as Jujutsu a traditional or "orthodox".
Typical traditional Jujutsu, among others, are no match format / competition, and still in a relationship with the Hombu Dojo (main dojo) in the country of origin of Jujutsu, which is Japanese. While modern Jujutsu (such as Gracie Jiu-Jitsu from Brazil) usually emphasize on the match / competition and has no organizational ties with their home country (Japan).
Some people outside the Japanese Jujutsu expert there who developed flow beladirinya own art, which later was named Jujutsu to explain that although the flow is created outside of Japan, but originally came from the Japanese martial arts. Martial Ketsugo Ju-Jitsu (Jujutsu), for example, created its own by prof. Harold Brosious from USA after studying Japanese Jujutsu and perform a variety of development. Likewise, Small Circle Ju-Jitsu which was created by prof. Wally Jay.
Posted by Al Cirboni at 9:57 PM No comments:

Jujutsu (Japanese: 柔 术, Jujutsu, also jujitsu, ju jutsu, ju jitsu, or jiu jitsu) is the name of some sort of Japanese martial arts stream. It is not correct to say that Ju-Jitsu refers to one kind of self-defense only. 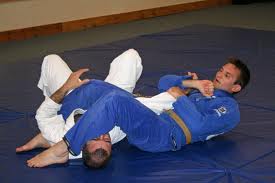 Jujutsu is basically a form of self defense is defensive and take advantage of "Yawara-gi" or techniques that are flexible, where the attack of the opponent are not faced with force, but by way of "cheating" opponent for the attack power can be used to beat himself. From this Jujutsu martial arts, was born a few other martial arts that have a similar defensive concept, namely aikido and judo, both also from Japan. 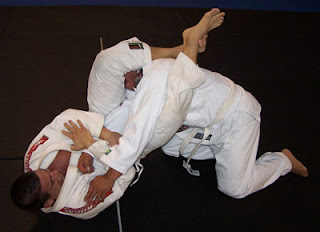 Jujutsu consists of a variety of flow (Ryuha), but the outline is divided into two "styles", namely traditional and modern. Movement of the two kinds of "style" Jujutsu is almost the same, but modern Jujutsu moves have been adapted to the situation of self defense in modern times, while the traditional Jujutsu moves usually reflect the current situation of self-defense in the respective created stream Jujutsu. For example, Jujutsu which was created in the Sengoku Jidai era (prior to the Tokugawa Shogunate in power) emphasized the fight on the battlefield by wearing armor (called yoroi Kumi Uchi), while those created in the Edo period (after the Tokugawa Shogunate in power) emphasis on self-defense using everyday wear (Suhada Jujutsu).
Jujutsu techniques to outline consisting of atemi waza (attacking the weak part of the opponent's body), kansetsu waza / gyakudori (joint locking the opponent) and nage waza (knockdown). Each flow Jujutsu has his own way to perform the techniques mentioned above. The techniques are born of self-defense method of the Samurai (warrior ancient war) when they lost his sword, or do not want to use the sword (eg because they do not want to injure or kill the opponent). 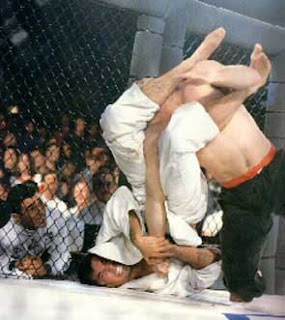 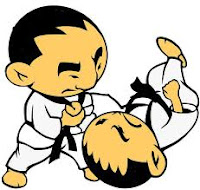 Shin Son Hapkido is a martial sport that originated from Korea in addition to Taekwondo. Hapkido moves based on the principles of a circle that harness the power of the opponent. The techniques of Hapkido include punches, kicks, locks, dings, tactics, and weapons training. 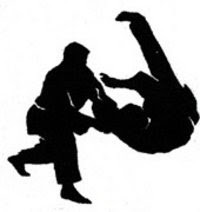 The word Hapkido consists of three words from the Korean language. The first word, Hap means to combine, coordinate, or make one. This combining or harmonizing is part of what makes Hapkido such a versatile and effective martial art. Hap refers to the ability to harmonize with an opponent’s energy, momentum, weight, speed, strength, and angle of attack. Through effective timing, rhythm, body mechanics and movement students learn to overcome a larger, stronger, or even faster opponent.

The second term, Ki identifies the power that pervades the universe, and has been defined as mind, spirit, heart, or breath depending upon the context in which it is used. Ki is a form of vital energy, representing the life force and a source of internal strength. Ki development through the unification of mind, body, and breath is an essential element of Hapkido.

The third word, Do means the way or the path. This term implies a journey or the pursuit of a particular lifestyle, philosophy, or discipline. Such a journey requires dedication to finding harmony and peace among one’s fellow man and with the very forces and rhythms of the universe.

Jang Mu Won Hapkido has three major principles which serve as the foundation of the art and which are manifested in defensive techniques: the Water principle, the Circle principle, and the Harmony principle.
http://jangmuwonhapkido.com/web/
Posted by Al Cirboni at 8:19 PM No comments: